Can you make a profit mining cryptocurrency on Android? 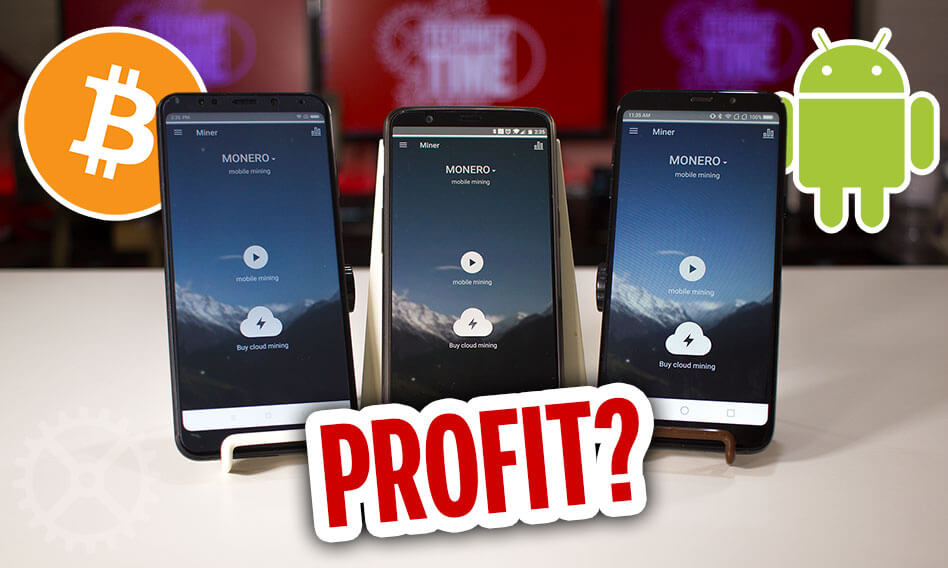 Today at TechWizTime we are investigating how you can mine cryptocurrency on your android phone or tablet, and if it is profitable. The app we will be using to test this is called MinerGate, and we will be mining Monero (XMR). We chose XMR because it is one of the most profitable options right now for mining on a smartphone, due to the fact that it is mainly mined with the CPU, rather than the GPU. This is because of the algorithm the coin uses to be mined, CryptoNight, is AES-intensive and needs lots of memory. We are testing the Umidigi S2, the Bluboo S8+, the Xiaomi Redmi 5+, and the OnePlus 5T on the low setting in the MinerGate app. We chose the low setting because the higher settings have a risk of severely harming the device. If you want to try mining cryptocurrencies on your android device, having it on the medium or high setting for an extended period of time can wreck your battery due to overheating, much like what would happen if you mined on a laptop.

First off, we have the Umidigi S2, which gets a very respectable hash rate of about 24H/s. It’s not the best, but for a mobile phone of its price, it really could be a lot worse. You would make around 0.0001804 Monero per day, about 3 cents. This puts the Umidigi S2s ROI (Return on investment – how long it takes for it to pay itself off) at just under 15 years.

The Bluboo S8 plus is dragging along, barely getting 11H/s. Not as good as the Umidigi, but considering it costs half as much, almost half the hashrate is understandable. However, the ROI time is at almost 20 years, and that is without factoring in the cost of power.

The Snapdragon 620 chip in the Redmi 5+ allows the phone to get a solid 23H/s when mining Monero. This gives us the best ROI time yet, at 12 and a half years. Still not very good, but it is definitely better than the other phones we tested.

The $500 USD price tag on the current flagship from OnePlus is pricey, but it comes with some upsides. It carries the Snapdragon 835 CPU, but does it perform better than the other Android phones we are testing?  Yes, at 37H/s it is significantly better than most of the other phones we tested. The OnePlus 5T earns you the most while mining, about $20 USD a year, but the ROI is the second worst of the phones we tested, at 25 years.

The Lenovo Tab 4 8+ is one of the better budget Android tablets out there, due to its Snapdragon 620 processor. This is the same as the Xiaomi Redmi 5+, and so they get very similar hashrates, with the Tab 4 8+ checking in just under the Redmi at 22H/s.

Check out my full video on Mining Cryptocurrency on Android