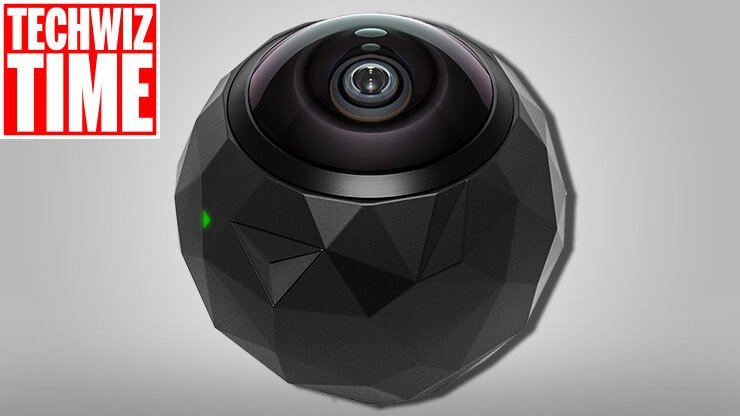 This 360 Fly HD video camera will make everything awesome!

I recently grabbed my first 360 video camera, the 360 fly HD video camera. I haven’t had a lot of experience with 360 cameras, but everyone has to start somewhere. After a few weeks of playing around with it and a trip to Japan, I’m ready to tell you what I like and what I don’t like about the 360 fly.

The 360 Fly is a tight package

After looking online at the different brands of 360 video cameras, none of them were exactly what I wanted. They all had some of the features I was looking for but were missing others.The 360Fly was no exception. With all the pros and cons carefully evaluated though, the choice came to the 360 Fly HD video camera. “This 360 Fly HD video camera will make everything awesome!” is what I initially thought. but in practice, things are a little bit more difficult when it comes to shooting in 360 degrees.

You need think about if the 360 video is feasible for the video you want to shoot. If you’re in a room up against the wall comma then a lot of the shot is going to be off the wall. 360 degree video is best used when there are points of interest in every direction. So that’s one of the things that I had to keep in mind when using the 360Fly. So, what are some of the features that attracted me to the 360 fly HD video camera?

Think outside the 360 Fly

The 360 fly HD video camera is unique in a couple of ways. Firstly, the camera doesn’t have removable storage. For some people, this is a deal breaker. But there is a method behind the madness. Battery life and waterproofing. Without the traditional SD card memory slot, the 360 fly removes an entry point for water. And with the included plug for the in-built microphone, you have a completely sealed unit. Secondly, the 360 fly was cleverly designed with a battery capacity equal to the amount of storage. So you can record 32 gigabytes video (which equates to around 2 hours) on a single charge. This allows the 360 Fly to be small enough to fit in a pocket.

What are the biggest things that I learn from using the 360 fly HD video camera, was position of the camera is really important. If you place the video camera too low, then everyone is going to be looking like giants in the Google cardboard VR headset. And if you place it too high, then you’ll be looking down on everyone. Mounting the 360 fly on a tripod around chest height is the best position in my mind. This allows the VR video to feel more natural.

Even though the 360 fly HD video camera is essentially a 360 degree video experience, the truth of the matter is that the vertical point of view is only 240 degrees. Horizontally, you are getting the full 360 degree viewing angle though. The 360 Fly is a single fisheye lens which isn’t able to see around corners. Initially I was a little bit disappointed, however the bottom portion of the 360 degree video is where a lot of problems do surface for other 360 degree video cameras. This is generally due to the camera needing to be mounted on a tripod or being held by person. So not having this area at the bottom of a 360 degree video isn’t a huge loss in my mind.

This may be the same with a lot of other 360 video cameras, but I’m not a huge fan of the fact that you need to use wifi and bluetooth in order to fully operate the 360 fly. The Bluetooth connection is used to communicate with the device with simple commands like turn on, turn off, record and stop etc. The WiFi connection is used for transmitting the video for live viewing. I understand why both connections are used, it just feels a little bit annoying.

Crunch time. Would I recommend the 360 Fly HD Video Camera to readers? Absolutely. The price point features and ease of use all put this 360 video camera at the top of a very short list.

Don’t forget to subscribe to my YouTube channel, TechWizTime.  I release new videos every Friday at 2 p.m. US Eastern Standard Time  on technology reviews, tips, tricks, how to’s and hacks.